Written and styled by Lucy Tweed. Photographed by William Meppem.

The cicadas have started to threaten the sensors of car alarms, and salt crust on the skin becomes a recognised accessory. Most of us grew up absorbing the magic of a chilly white Christmas via TV, although the fantasy of snowmen, hot chocolate and woolly jumpers lasted as long as the cartoon.

Our Christmas day starts with presents, fruit salad and then a family plunge into the sea. A cool and refreshing dip into the deepest beach rock pool. Relishing the slosh of waves around you and soaking in the moment and trying to store the crispy sensations somewhere to draw upon later as the day looks to become even brighter.

Whatever I committed to in spring as far as lunch goes gets chucked out the window on the first 30°C day and replaced with something punchy in flavour but a whole lot less complicated.

This year I am drawing on the tangy-sweet flavours of cherry and lychee, infusing it with star anise and cinnamon to create a sticky glaze that will caramelise and candy over the scored fat of the ham.

This process of glazing and baking ham is purely to form a viscous coating, irresistible to the pinching fingers of passers-by to the toffee-like candy drips forming over the pork.

You could just not glaze the pork, it is ready from consumption when you buy it. Just peel back the skin carefully and slice on demand. But I highly encourage glazing. Aside from the nectarous coating, the cured meat plumps and the internal fat softens and seeps through the meat. It’s deemed magic, but it’s not as tricky as it might seem.

I am pairing this with an aromatic, crisp, sweet green mango salad with loads of herbs and crunchy Australian macadamia nuts.

It’s lip-smackingly delicious and is the perfect pairing with a cold ocean swim and a glass of rosé. 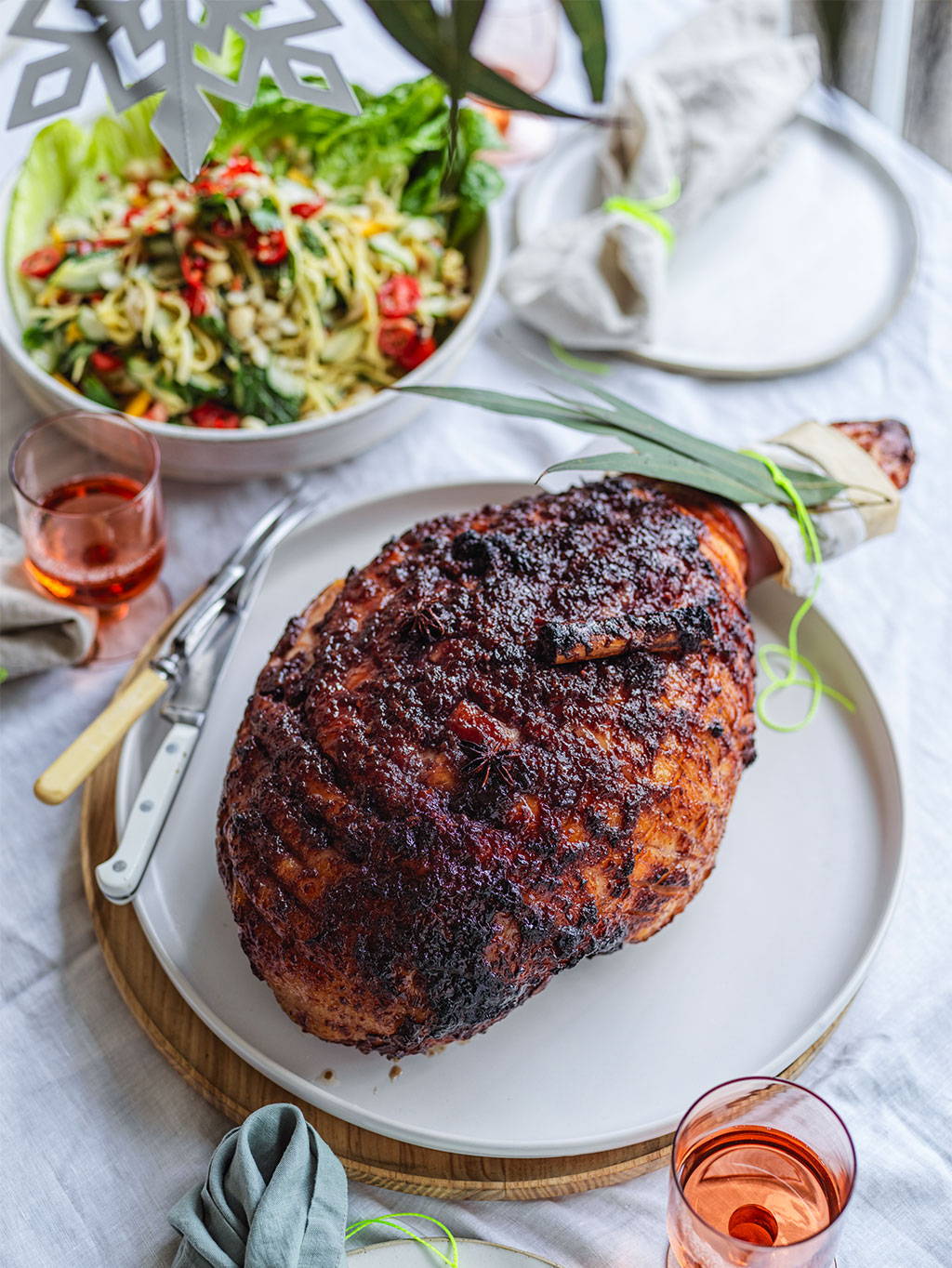 7kg (or there about) cured ham 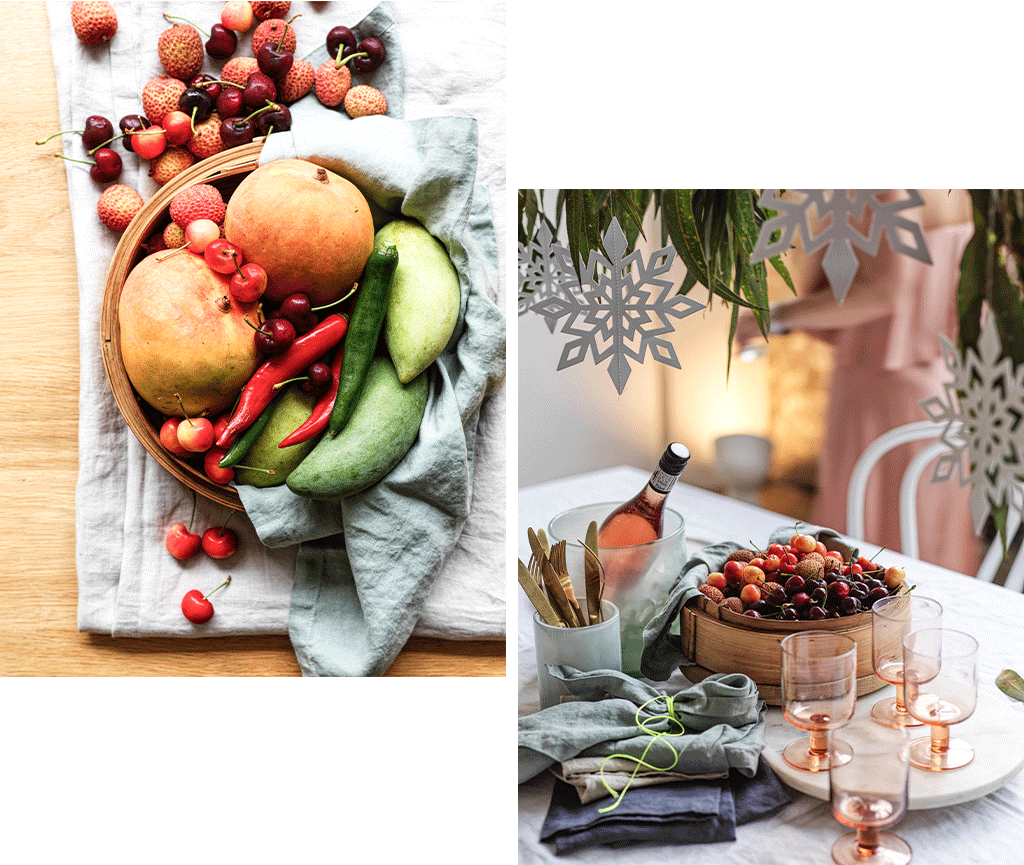 1. Combine all the glaze ingredients and simmer over medium heat until thickened.

2. Using a sharp knife, cut into the skin around the knuckle and begin to carefully peel the skin from the ham. This is best done when the ham is at room temperature. The cuff can be cut into a star like shape or just a clean line like I have here.

3. Lightly score the fat. This is so when the ham begins to bake, the fat will open, creating channels for all that sticky glaze.

5. Place ham on a paper-lined tray.

6. Put ham into the oven for 10 minutes so that the fat separates.

7. Brush the ham with half the glaze and bake for 30 minutes.

8. Brush the ham with remaining glaze and bake for a further 30 minutes.

9. Remove from the oven when sticky and delicious. 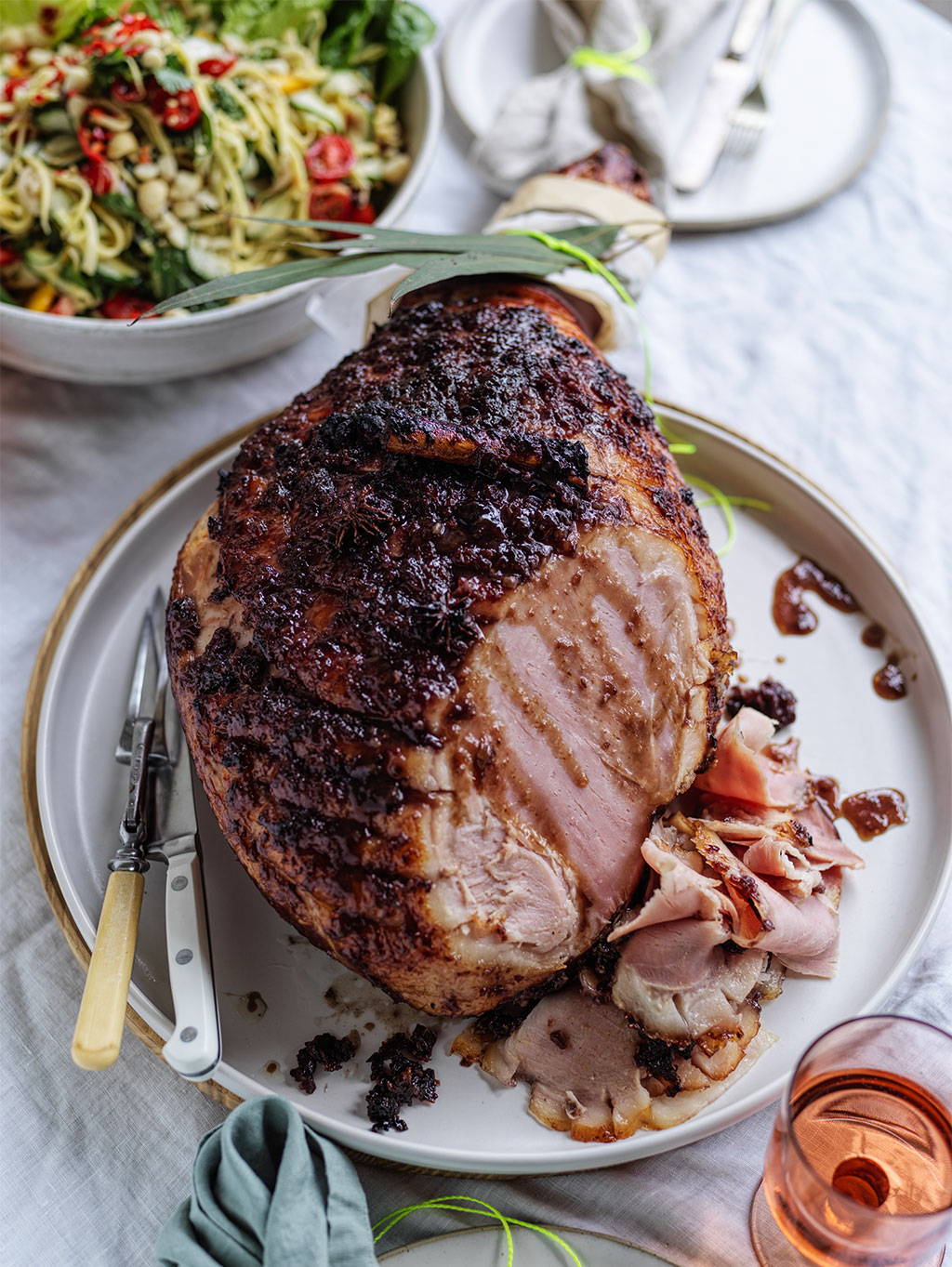 4. Assemble the lettuce on a large open platter.

5. Top with the mango mixture, and sprinkle with macadamias. 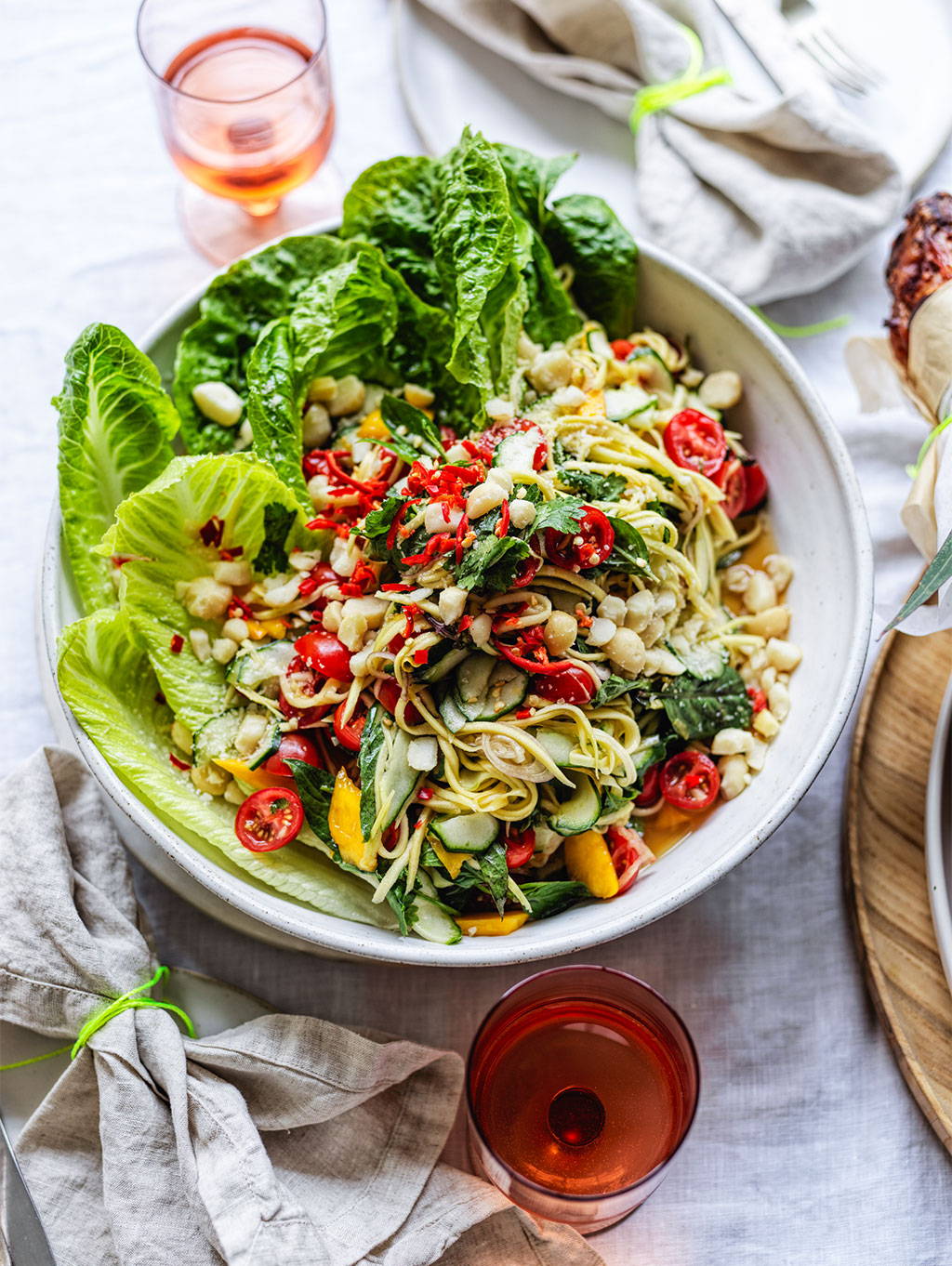 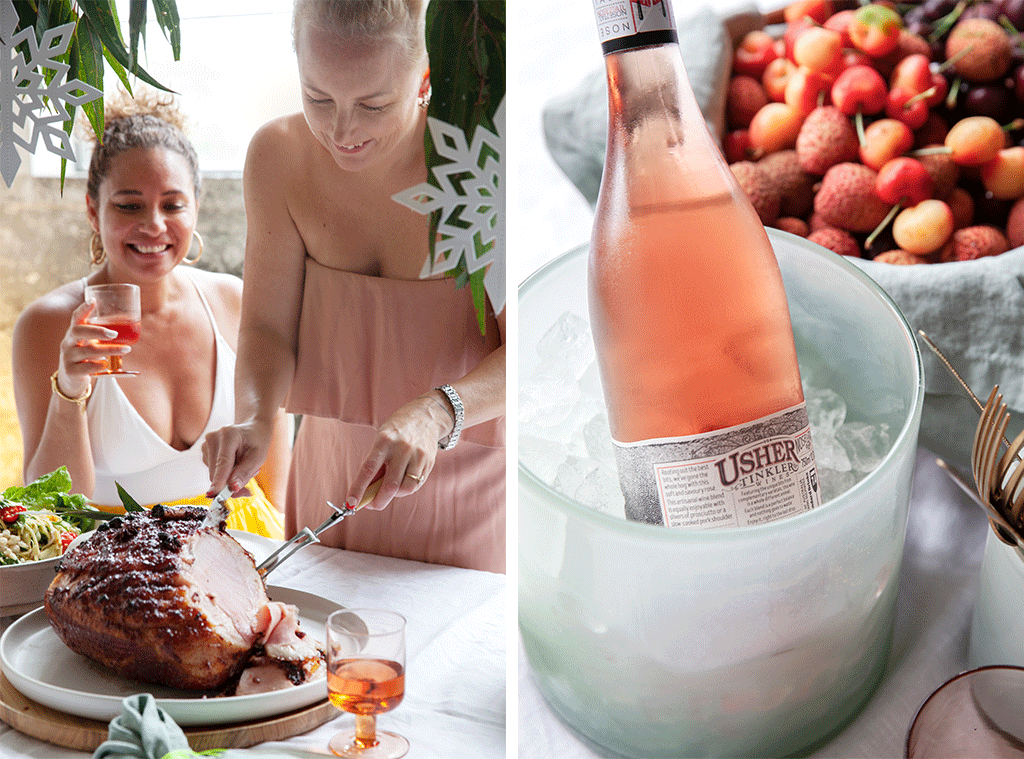 Previous Next
Pick a country

Help us direct you to the right store